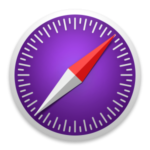 I’ve had the tab open since late March about Apple making nightly builds of Safari. I downloaded it soon after, but have yet to explore, nor find a reason to use Apple’s Safari Technology Preview.

Apple describes the browser build as:

Safari Technology Preview is a version of Safari for OS X, distributed by Apple, that includes a cutting-edge, in-development version of the WebKit browser engine. It’s a great way to test upcoming WebKit features and give feedback to the people building them when it’s most useful — early in development.

While Chrome and Safari have forked from their early WebKit relationship, this is partially about Apple being on par with giving developers a parallel to the Chrome Canary offering.

All the things the page linked below are over my head and little use to me on day-to-day basis:

As mainly a front end developer, I’ve found little real-world usage for either Canary or Safari Technology Preview, other than viewing an occasional cutting edge demo. Comment below if you’ve found reason for using either preview browser, other than sheer curiosity.

This site uses Akismet to reduce spam. Learn how your comment data is processed.

Target=”_blank” Vulnerability and How to Protect Your Sites

What Browser am I Using?

Throttling the Network in Chrome DevTools